Nemanja Bjelica didn’t waste any time showing what he can bring to the Warriors.

In Golden State’s season-opening win over the Lakers, Bjelica provided a big spark off the bench to the tune of 15 points, nine rebounds and four assists in 25 minutes of action. He shot 6-for-7 from the field, 1-for-1 from 3-point range and 1-for-1 from the free throw line.

The Warriors outscored the Lakers by 20 points with Bjelica on the court, giving him the highest plus/minus of the game.

Bjelica is entering his seventh season in the NBA, but he’s never found himself in a situation quite like the one he’s in with the Warriors. So who is he and what does he bring to Golden State?

Here’s everything you need to know about the 33-year-old forward.

Who is Nemanja Bjelica?

Born in Belgrade, Serbia on May 9, 1988, Bjelica began his professional career in 2007-08 when he joined the Austrian League’s Traiskirchen Lions. It didn’t take him long to establish himself as one of the best players in Europe, earning EuroLeague MVP in 2015 as a member of Fenerbahçe.

The Wizards selected Bjelica with the No. 35 pick in the 2010 NBA Draft, but the Timberwolves acquired him in a draft-day trade.

« One of the most unique players in this year’s draft class in terms of the rare combination of skills he possesses as a 6-10 guard, few prospects evoke such a wide array of opinions as Red Star Belgrade’s Nemanja Bjelica, » wrote draft expert Jonathan Givony.

Bjelica spent the first three seasons of his NBA career with the Timberwolves. He averaged 6.1 points, 3.8 rebounds and 1.3 assists over 192 games (22 starts) in Minnesota.

How did the Warriors acquire Nemanja Bjelica?

An unrestricted free agent, Bjelica signed a one-year, minimum contract (around $2.1 million) with the Warriors in the offseason.

« It took less than a minute, » Bjelica said when asked about how his deal came together. « I just said yes. I didn’t think [for] one second.

« To be part of this historical organization, one of the best teams in the last 10 years of the league, is pretty exciting. »

Bjelica started the 2020-21 season with the Kings and was acquired by the Heat at the trade deadline. He appeared in 11 games (two starts) with the Heat, averaging 5.0 points, 2.5 rebounds and 1.8 assists in 14.2 minutes. He didn’t play in Game 1 and Game 4 of the Heat’s first-round series with the Bucks, in which they were swept.

How does Nemanja Bjelica fit with the Warriors?

Bjelica provides spacing as a stretch four or five, first and foremost.

Almost half of his field goal attempts in his NBA career have come from the 3-point line and he’s converted 38.8 percent of those opportunities. He’s primarily a spot-up shooter, but Bjelica does have the ability to shoot on the move, whether it’s in pick-and-pops or coming off of screens.

Bjelica has some skill off the dribble as well. He’s comfortable attacking closeouts and he’s a better passer than his 1.8 career assists per game average would suggest.

In particular, Bjelica’s passing out of the short roll could complement Stephen Curry well.

There were a few plays down the stretch of Golden State’s season-opening win over Los Angeles that Bjelica made the most of Curry’s gravity.

What they’re saying about Nemanja Bjelica

« I didn’t know Belly could make plays like that off the dribble. I had no f— clue. »

“I liked his patience tonight. It was cool to see. Looks for the shot, doesn’t have it, puts it on the floor, surveys his options, makes the right play. »

« I look at Bjelica as the 3-point-shooting version of Mo [Speights] in many ways. Because all of a sudden, you’re looking at a spaced floor when you consider Klay’s return and Steph’s play last year, the ability to play Bjelica with Draymond, which basically turns Draymond into the five and the pick-and-roll guy with Bjelica spaced. Really exciting. » 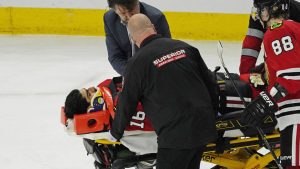 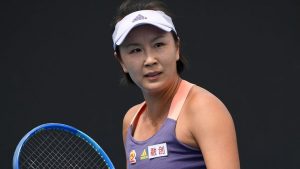