Sky Sports’ weekend NBA action is just around the corner, so we’ve taken a look at the teams involved, the permutations, where you can access coverage and live streams, and so much more. Scroll on down to peruse.

Though the Lakers will feel inspired by their on-the-buzzer victory over the Portland Trailblazers on Thursday, the odds are not in their favour.

The Bucks have gone 11-2 at home, and have become more defensively robust this season, averaging a league-high 36.9 defensive rebounds per game. Leading their charge is MVP front-runner Giannis Antetokounmpo.

Antetokounmpo is averaging 26.6 points, 9.8 rebounds and 4.7 assists over the past 10 games for Milwaukee. On defence, he leads with rebounds, averaging 9.4 per game, amidst blocks, turnovers and screens.

Just as prolific on the progression up the court is Brook Lopez, who’s shooting 40.2% from beyond the arc with 2.4 made 3-pointers per game, while averaging 15.5 points, 5.8 rebounds and 2.9 blocks.

If the Lakers are to win, it’ll be through James. Indeed, with James on court, the Lakers average 117.8 points, with both Anthony Davis and Russell Westbrook chipping in too.

Expect a win for the Bucks, who continue their march up the East Conference.

Both these teams have struggled in their own ways.

The Spurs have clearly committed to not doing well this season (6-16), in hopes of acquiring a favourable pick in next summer’s trade talks. Meanwhile, the Heat have become too reliable on Bam Adebayo and have fallen short against teams on current win streaks.

Where this game will be won is in attack, and for all their defensive shortcomings, the Heat have the upper hand.

Adebayo posted 32 points to rally a win against the Atlanta Hawks and has cut an impressive figure on several occasions. Alongside him, Tyler Herro is racking up the assists with some consistency, enough to bring about chances to sink this Spurs side.

The Mavericks will still be milking their 116-113 win over the Golden State Warriors on Wednesday, and you can expect that same confidence to ooze into this Saturday’s proceedings – especially if Luka Doncic is in the same form as he has been all season.

That particular clash saw the Slovenian snap up 41 points and 12 assists, which, if you’re a Knicks fan, should spell trouble.

The inconsistency of the Knicks’ results and performances, blowing away the Portland Trailblazers with 140 points one game, and then losing to the Bucks the next, has been a telling indicator of their current defence.

One area where Doncic thrives is in the half-spaces in between defenders where he can power his way to the basket. With too much space on offer, there’s no reason why he shouldn’t be able to do that, alongside Spencer Dinwiddie.

Only losing once in their last 14 games, it seemed that the Kings were beaming their way to the top of the Eastern Conference, until they were brought down to earth by the Phoenix Suns on Tuesday.

Maybe not so embarrassing, considering the kind of form that Devin Booker is in, but they did manage to return to form in yesterday’s 137-114 victory over the Indiana Pacers. 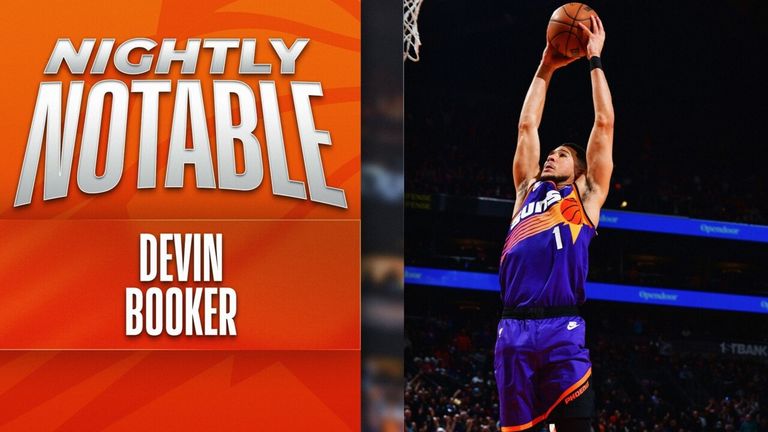 It was Harrison Barnes and Malik Monk who each scored 22 points to secure the game for their team, with the latter starting to gain recognition as contender in the Sixth Man of the Year award.

If there’s anything for the Clippers to gain from this, it’ll have to come from their own attack. The defence has been consistently unreliable in their previous game against the Jazz, allowing Jordan Clark to score 33 points with ease proved as much.

Ivica Zubac may be the focal point.

This Sunday’s action begins with the Denver Nuggets clashing with the Pelicans, where Jamal Murray, Michael Porter Jr., Nikola Jokic, Zion Williamson and Trey Murphy III, all lock horns on the court.

There’s no reason why the game shouldn’t be a points-fest, for reasons beyond just the embarrassment of attacking riches on show. For starters, the Nuggets have conceded points freely when resting Jokic between quarters. On the other hand, the Pelicans aren’t always able to guarantee the health of their starters (see Brandon Ingram).

If they can both fare their strongest side, then perhaps it won’t be such a chaotic game. But with the Nuggets at 14-7, it’s possible that not even a Williamson masterclass might steal away their win.

Bringing up the rear in our weekend live NBA fixtures is the Celtics, currently the best team in the league, and the Brooklyn Nets, being upheld by Kevin Durant’s ridiculous abilities.

On paper, this seems a tie that should bring about a few Player of the Week performances. Whether it’s Durant, or the Boston Boys, Jalen Brown and Jayson Tatum, who are both playing as if they’re chasing an MVP contender place, expect points aplenty.

Though the Celts are expected to edge things given that they are on a blistering 15-game win-streak, the Nets will have a few tricks of their own to add to the drama.