The opening State of Origin game of 2022 is only a fortnight away, and players have one more week to force their way into calculations.

New South Wales coach Brad Fittler will announce a squad of 22 players on Sunday night, while rookie Maroons coach Billy Slater will do the same on Monday.

And with eight NRL games between now and then, there’s some big questions lingering over selections.

WHO WILL SOLVE FREDDY’S BIGGEST HEADACHE?

The Blues are facing an injury crisis and the three-quarter line is where they’ve been hit hardest.

Latrell Mitchell and Tom Trbojevic were two of their best performers last year, playing at left and right centre respectively. But neither is available due to injury.

At best, Mitchell, who is sidelined with a serious hamstring injury, may make it back for game two. Trbojevic is booked in for shoulder surgery and will miss the series and the remainder of the NRL season.

It means Fittler is looking for a brand new centre pairing.

The main contenders appear to be Kotoni Staggs and Stephen Crichton. The two young guns – from Brisbane and Penrith – are in form and banging down Fittler’s door to make their Origin debuts.

Staggs would line up on his preferred right side, while Crichton can play either. On the left he would be linking up with Penrith teammates Jarome Luai and Brian To’o for the Blues. Paul Gallen picked both to make their debuts in his NSW side for Origin I.

The other option for Fittler is to pick Canberra five-eighth Jack Wighton to play in the centres. Wighton has started five of his nine Origin games at centre, although last year was picked on the bench.

He doesn’t have the attacking flair or athleticism that Crichton does, but he’s a big body and an experienced defender who could do the job if called upon.

Talented young centres Campbell Graham and Bradman Best are considered future Origin players, but appear to be down the pecking order this time around. Their NRL sides – South Sydney and Newcastle – are also struggling for form.

IS PONGA’S NO.1 JUMPER IN DANGER?

Kalyn Ponga should be considered an automatic selection at fullback for Queensland, but Newcastle’s awful form this season has his selection under a cloud.

Ponga’s Knights hold a measly 3-8 win-loss record and the captain has come under fire for the poor performances.

Speaking to the Courier Mail earlier this month, Maroons coach Slater threw his support behind Ponga.

« Do I think he is playing poorly? No I don’t, actually, » Slater said.

« Kalyn made a huge difference in game three last year (for Queensland). I know what Kalyn can produce in the Origin arena and it’s part of my role and my coaching staff’s role to get them prepared well. »

Ponga has a number of players breathing down his neck as he fights to hold his spot in the Origin side.

Valentine Holmes played the first two games of last year’s series at fullback to cover for an injured Ponga. His Cowboys are flying at the moment, and although Holmes has transitioned into a centre in Townsville, he is equally adept at fullback, or on a wing.

Warriors young gun Reece Walsh is closing in on his Origin debut and he is a fullback. Brisbane teenager Selwyn Cobbo is the name on everyone’s lips. He is playing on the right wing for the Broncos but is viewed as a future Queensland fullback.

Cobbo is flying towards an Origin jumper but Slater, and other Maroons greats, are taking a cautious approach to him, as well as another boom teenager.

He’s been playing on the right wing for Brisbane but looks destined to follow the Greg Inglis path to fullback.

He’s next to no chance of wearing the No.1 jumper for the Maroons, but may yet sneak onto a wing if Slater – who made his Origin debut at 20 – wants to take the gamble.

Queensland selector Darren Lockyer – who is also a Broncos board member – wouldn’t say for certain whether he would or would not pick Cobbo for Origin.

« There are some young kids out there showing potential, but Origin is another step up, » Lockyer said.

« You’ve got to understand while there’s guys like Selwyn Cobbo, who is a superstar in the making, you’ve got to make sure they are ready for that (Origin).

« He’s a pretty relaxed player. But to go and play the Blues in game one in Sydney, that is a big challenge. I’m not saying he’s not up to it, but you’ve got to take a lot of that stuff into consideration. »

Lockyer was also referring to North Queensland backrower Jeremiah Nanai, who has leapt out of the ground this season and is suddenly one of the most exciting forwards in the NRL.

Nanai is also gunning for an Origin debut for Queensland.

« The one thing they don’t have is experience. But you don’t get experience unless you get an opportunity, » Slater told Wide World of Sports.

« The one thing I have been looking at is consistent actions on the field. Not just the highlights that Cobbo and Nanai have been producing, it’s the effort actions, the defensive actions.

« Age is only a number to me if they’re doing those actions well. »

Newcastle wrecking ball Daniel Saifiti has been NSW’s first-choice starting prop since making his Origin debut in game two of the 2019 series, playing seven straight for the Blues before injury ruled him out of game three last year.

But even he says Fittler shouldn’t select him this time around.

« I’ve got two weeks to prove my worth but honestly if it doesn’t happen I’ve done it to myself because, at the current rate, I wouldn’t pick me, » Saifiti told NRL.com after a recent Knights game.

If the coach listens to the player and looks elsewhere, there’s some options at his disposal.

Brisbane prop Payne Haas is virtually a given to land one of the starting prop spots. Parramatta bookends Reagan Campbell-Gillard and Junior Paulo are the obvious contenders to replace Saifiti on the other side.

Dale Finucane, who replaced Saifiti in game three last year, is unfortunately out injured. Jake Trbojevic has also started in the front row for NSW and will be considered for the job.

Johns told Wide World of Sports’ Freddy and the Eighth he believes Tariq Sims can now play as a middle forward, having been a backrower for most of his career.

Sims was a shock selection by Fittler last year but was a revelation on NSW’s left edge, linking up superbly with Jarome Luai and Latrell Mitchell to demolish Queensland.

The greatest moments of State of Origin 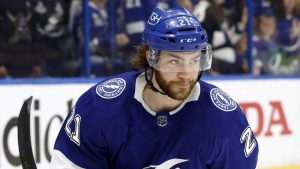