Sell on Odell? Not quite, not yet.

It’s been an up-and-down stay with the Browns since Odell Beckham arrived in 2019, with a few injuries and questions over touches and use in that span. While still a productive player when healthy, something just hasn’t clicked in Cleveland with Baker Mayfield tossing him passes since 2019.

Turning 29 in in just a few weeks’ time — and seven years removed from the catch that vaulted him into superstardom — Beckham’s next act may be in his third uniform, and might be his last and best opportunity to make a mark in his once-promising NFL career.

Here’s the latest on Beckham’s future in The Land:

It’s within reason to understand why: There are a lot of bells and whistles included in a hypothetical Odell Beckham Jr. trade, making it highly unlikely for the team to move on from him within the coming weeks.

There are a few reasons why they likely won’t move Beckham:

— He’s due just under $10 million for the remainder of the 2021 season ($9.7 million), which is a number that not many teams would be able to absorb in a trade. As it stands, nine teams currently have that space available (via Spotrac) and very few are actually in a situation that would benefit from having Beckham on their roster.

— The Browns have dealt with injuries to both Beckham and Jarvis Landry this year, and with playoff aspirations still intact for the time being, they need all the outside firepower they can get. This is especially true with running backs Kareem Hunt and Nick Chubb dealing with injuries of their own: Chubb should return soon, while Hunt is out

— There’s a question of how much the Browns would even be able to get in a trade featuring Beckham: His value is at an all-time low given the money he’s owed for the remainder of the season and recent production (1,557 yards over 26 games since arriving in Cleveland). Also, between his current shoulder injury, a torn ACL suffered in 2020 and knee injuries in years past, his durability as he ages will likely be a turn off to many teams.

One thing is nearly for sure: It probably won’t be in Cleveland.

There are a few teams who could take a shot on Beckham if he’s traded or released: 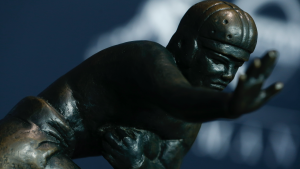 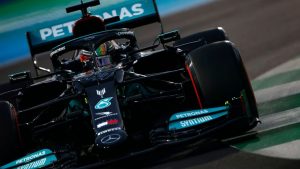