Ezekiel Elliott wasn’t as involved as usual in the Cowboys’ Week 1 loss to the Buccaneers. Elliott had 11 carries — the second-lowest total of his career — in Dallas’ 31-29 defeat. That was a departure from the 16.3 carries per game he averaged in Mike McCarthy’s first season with the Cowboys.

Is there any reason for concern with Elliott’s lacking touches in the season opener? Cowboys offensive coordinator Kellen Moore doesn’t think so. He explained that the Cowboys simply passed the ball more because the Bucs have one of the NFL’s best run defenses.

“That was a unique game,” Moore said to reporters Monday, per USA Today Sports. “If we need to throw it 60 times, if we need to run it 60 times, I really don’t care. That was the No. 1 rushing defense in the NFL. We could bang our head against the wall if we want.

“But at the end of the day, I thought they did a good job stopping the run.”

The Buccaneers have been the NFL’s top run defense in back-to-back years, so limiting Elliott’s carries was sensible. In fact, the team as a whole ran just 18 total run plays of their 77 plays. That was good for a run percentage of 23.3, the second-lowest total in the NFL in Week 1 behind only their opponent, the Buccaneers.

That was part of the Cowboys’ plan, but Moore detailed that the Cowboys did call more running plays. Dak Prescott just audibled out of 12 of them, which Moore felt was the right call given the matchup.

“Those opportunities presented itself. I love that Dak took them,” Moore said. “As the season goes, it’s a long season. Different matchups, different defensive schemes.

“We’re going to need Zeke to pound it.”

Elliott will get to do that moving forward. The Chargers’ run defense ranks 21st in the NFL after allowing 126 rushing yards to Washington in Week 1, and they will face off against the Cowboys in Week 2. Dallas will also get right guard Zack Martin back, which should provide a boost to its blocking.

And as Moore explained, Elliott understands that his role will increase going forward. The veteran will be ready to handle a bigger workload when that time comes.

“Zeke’s a big-picture guy. He sees it,” Moore said. “He did a phenomenal job in pass protection for us. There was a lot of guys in the box, and we’re going to have other games where people are going to play two-high shell and give us an opportunity to run the football.

“Zeke’s going to be ready to rock and roll there.” 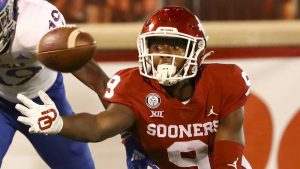 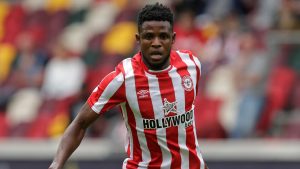 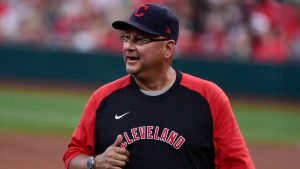 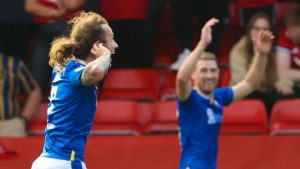