Sunderland surrendered their lead in Sky Bet League One as hosts Fleetwood hit back from two goals down to claim a dramatic late point at Highbury.

Lee Johnson’s men looked to be coasting to a fourth straight league win after Ross Stewart’s early strike and an Aiden McGeady penalty on 76 minutes.

But Callum Morton’s 81st-minute strike for the hosts sewed panic and after a sustained spell of pressure, Ged Garner stepped up to seal a 2-2 draw from the penalty spot in the seventh minute of injury time.

The Black Cats were replaced at the top of the table by Wigan on goal difference after the Latics strolled to a 4-1 win at Lancashire rivals Accrington.

Jack Whatmough and Will Keane scored early for the visitors before a fine strike from Michael Nottingham gave the home side hope early in the second half.

MK Dons moved up to third after capitalising on the 26th-minute sending-off of Gillingham’s Stuart O’Keefe to ease to a 4-1 win at Priestfield Stadium.

Vadaine Oliver’s fourth of the season had given the Gills an early lead, but the game turned after O’Keefe was dismissed and from the resulting penalty, Scott Twine followed up after his initial effort was saved to draw his side level.

Peter Kioso gave the visitors the lead before half-time before a Max Ehmer own goal and a late effort from Max Watters sealed the victory.

The Dons replaced Bolton, who slipped from third place to eighth after two early goals from Ben Wiles proved enough to give Rotherham a 2-0 win at the University of Bolton Stadium.

A 47th-minute effort from Ryan Hardie proved the only goal of the game as Plymouth claimed their second straight win at AFC Wimbledon.

Saido Berahino marked his first start for Sheffield Wednesday with the opening goal against Shrewsbury, but it was not enough to give the Owls the three points.

Berahino headed home a Barry Bannan cross with just six minutes on the clock but the home side were denied when Ryan Bowman levelled for Shrewsbury in the 37th minute.

Ipswich claimed their first win of the season at the seventh time of asking as Macauley Bonne’s 30th-minute header was enough to secure a 1-0 win at Lincoln.

Crewe and Doncaster, the other two sides who started the day without a win, also got off the mark with home successes against Burton and Morecambe respectively.

Crewe beat the Brewers 2-0 thanks to early own goal from Michael Bostwick and a late striker from J’meill Lloyd-Bennett after Burton’s Charlie Lakin was sent off in the 67th minute.

Meanwhile Doncaster also ended their frustrating start to the new campaign as Tommy Rowe’s 81st-minute header from a Ben Close corner proved enough to edge past the Shrimps.

Goals from Joe Ironside and Liam O’Neil gave Cheltenham a 2-1 win at Portsmouth, who replied late on through Ronan Curtis, while Alfie May’s 68th-minute effort saw Cheltenham edge past Oxford.

Garath McCleary hit a brace as Wycombe sunk struggling Charlton 2-1 at Adams Park, with the visitors responding late on through Sam Lavelle. 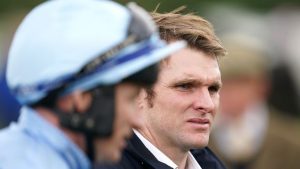 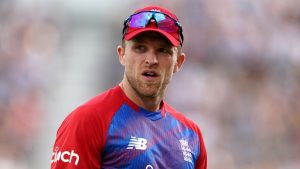 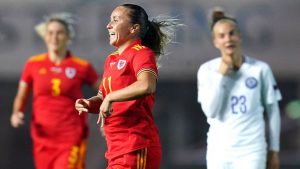 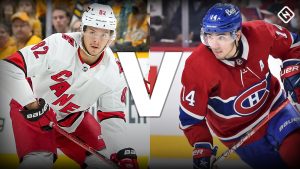 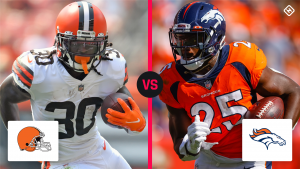 What channel is Browns vs. Broncos on today? Schedule, time for NFL ‘Thursday Night Football’ in Week 7