Barnsley and Blackburn both wasted good chances to grab all three points as they ground out a goalless Sky Bet Championship draw at Oakwell.

Tykes boss Markus Schopp made two changes, with Claudio Gomes and Clarke Oduor replacing Romal Palmer and Dominik Frieser, who was named among the substitutes.

The Blackburn line-up showed one change as Ian Poveda took over from Leighton Clarkson.

Barnsley’s Toby Sibbick chipped the ball into the area, aiming for Cauley Woodrow, but it went just beyond the striker.

Oduor then went close to scoring a fine individual goal, producing a mazy run into the area before firing in a shot which was saved by Thomas Kaminski.

A couple of promising openings for the visitors came to nothing when Tyrhys Dolan and Ben Brereton Diaz both sent over inviting crosses but there was no one to apply the finishing touch on either occasion.

Michal Helik directed a header on target after meeting a corner from Woodrow, but Kaminski was able to make a comfortable save.

Schopp made two changes to his Barnsley line-up for the start of the second half, with Frieser and Will Hondermarck taking over from Sibbick and Aaron Leya Iseka.

There was another change for Barnsley on the hour mark when Gomes made way for Victor Adeboyejo.

A powerful run from Helik saw him upended before he was able to reach the D and the resulting free-kick, taken by Woodrow, was deflected wide off the defensive wall.

Blackburn boss Tony Mowbray made a double substitution midway through the second half, with Dolan and Poveda replaced by Clarkson and Reda Khadra.

Kaminski made a great save to keep out Frieser’s header following a corner.

Blackburn also went close soon afterwards when Brereton Diaz found himself through on goal, but he was denied by Brad Collins who came to his side’s rescue with an important block.

Barnsley’s Callum Brittain volleyed wide as the action continued to go end to end and another substitution for the visitors saw Joe Rothwell make way for Tayo Edun.

The home side went desperately close to scoring when Helik’s flicked near-post header just evaded the stretching Adeboyejo and the ball went a fraction beyond the far post.

Both sides went in search of a late winner, with Barnsley’s Callum Styles putting a 30-yard drive wide before Collins was forced to save an effort from Clarkson, who was set up inside the area by Khadra.

What the managers said…

Barnsley’s Markus Schopp: « I think it was not a good game from both sides. It was the third game in a week for us, but I’ll not use this as an excuse. Even the weather probably had a bit of an impact. We needed an opener for the game and Clarke Oduor had a big chance for us, but it didn’t happen.

« We had a bit more chances than them, but they were really, really dangerous in the transition moments and we gave too many easy balls away. Fortunately, we defended well. In the second half we had more but it didn’t work out. It’s all about knowing what we have to do better, and we know that we can do a lot better. A couple of players will be coming back next week so the competition will be getting bigger. We have to take this point, but we wanted to take more today. »

Blackburn’s Tony Mowbray: « We worked hard and denied them many opportunities. There was one clear-cut when he was through on goal and the ‘keeper made a good save. Apart from that, I thought we restricted them pretty well. I think if either team had the better opportunities, it was probably us and yet we didn’t take them today. We weren’t as clinical as maybe we’d like to be. The team worked hard and looked organised. It’s always a tough place to come to, particularly with the fans back in.

« I still thought right to the end we could win it. I thought we looked dangerous, as they did. They flood men forward when they win the ball back in midfield and they’ve got some good players. Woodrow, with his back to goal, is an exceptionally good player. We take the point and we move on. It’s four games unbeaten this season away from home. We would like to be sitting here having won 1-0, but we’ll take the point and look forward to Cardiff next week. » 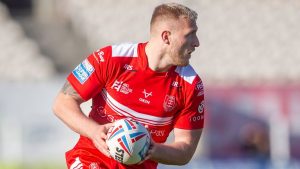 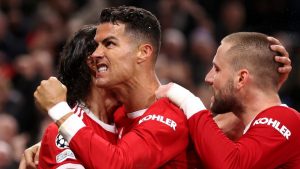 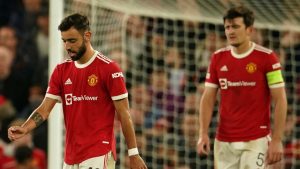 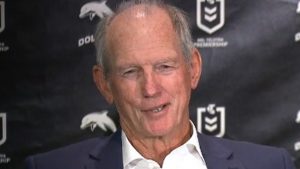 Coach Wayne Bennett refuses to declare this will be his last gig, reveals succession plan 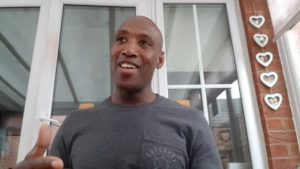 Black History Month: Mark Weir on putting MMA on the map in Britain and his legacy in the sport | MMA News 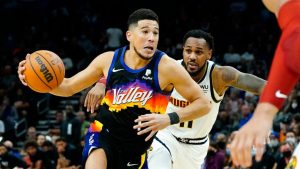 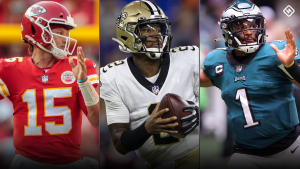