M﻿ixed martial arts legend Conor McGregor is being taken to court by a one-time friend and could be forced to cough up millions of dollars.

The Irishman, 34, ﻿earned – and continues to earn – plenty from his success in the octagon, but has found a fortune away from sport with his liquor venture, Proper No.12 whiskey.

But the huge profits have left one man angered and threatening to sue McGregor.

Artem Lobov, who used to train with the Irish superstar, claims he came up with the idea of making a whiskey, when McGregor originally wanted to make vodka.

« The selling point of my book will be the Proper 12 whiskey story, » Lobov told Talksport in an interview.

« A few people know, but this was actually my idea. I was the person who came up with the idea to do a whiskey for Conor.

« Once the deal was ready, I went to Conor and I said, ‘Conor, I have the deal ready for you. This is going to be a billion-dollar deal, no messing here’.

« I’m not sure if he took me seriously or not at the time with the billion dollars. We continued working on it and as you can see it was a massive success.

The Irish Independent reports Lobov is heading to court in an effort to get the money he believes he is owed from the venture.

The Independent says Lobov is hoping to claim five per cent of the proficts from Proper No.12.

He claims he was offered a $1 million payout by McGregor but knocked it back. 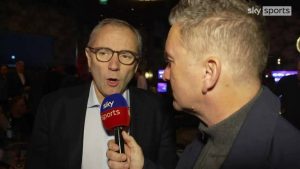 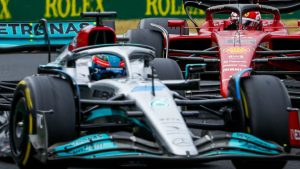