Nostrum maintained his unbeaten record with a thoroughly impressive display in the Tattersalls Stakes at Newmarket.

Sir Michael Stoute’s Kingman youngster bolted up on his racecourse debut at Sandown in July – and having since missed an intended outing in the Flying Scotsman at Doncaster after racing was cancelled following the death of the Queen, he was rerouted to the Rowley Mile.

Although only four runners went to post for the seven-furlong Group Three there was no lack of quality on show, with 7/4 chance Nostrum opposed by Charlie Appleby’s dual winner and 5/4 favourite Victory Dance, as well as Karl Burke’s Royal Ascot hero Holloway Boy.

Ryan Moore was positive on Nostrum from flag-fall and while Chesham Stakes winner and Vintage runner-up Holloway Boy loomed up looking a big danger, the Juddmonte-owned Nostrum found another gear racing out of the dip to ensure he had a length and a quarter in hand at the line.

Stoute said: « It was very pleasing, I thought it was a very warm race coming in. He did it very nicely first time and he was entitled to come and run in a race like that. I was relieved and very pleased with the performance.

« We expected a very big run [at Sandown], but like most of them first time it is always difficult to fathom. »

On future plans, Stoute added: « I don’t know. We’ve got to take him home, chill him out and relax him, put him back in fast work and it’s a difficult time of year for two-year-olds when the weather turns.

« I’d like to give him one more run. I haven’t given it serious thought, as I just wanted to get over today. He’s an easy horse to train, he’s very laid-back. He’s just a little bit babyish, but a lovely ride.

« Ryan and I go back a long time, it’s an association I treasure and I have so much respect for him. »

Nate The Great proved too strong for hot favourite Thunderous in the Jockey Club Rose Bowl Stakes at Newmarket.

Although without a victory since landing the rescheduled Dante Stakes at July in 2020, Thunderous has run some excellent races in defeat this season – most notably pushing Stradivarius close in the Yorkshire Cup in May.

As the highest-rated runner in a field of five for this two-mile contest, Charlie and Mark Johnston’s stayer was a 4/5 shot to bring his lean spell to an end, but ultimately came up short.

The Andrew Balding-trained Nate The Great (4/1) won at Newmarket in May and was dropping in class on his return, having failed to beat a rival in either the Goodwood Cup or the Lonsdale Cup on his last two starts.

It was clear some way from home that Thunderous had a real fight on his hands and while he tried to come back at Nate The Great once headed, the leader was always doing enough under title-chasing William Buick and passed the post with a length and a quarter in hand.

The progressive Bold Act brought up a hat-trick as he led home a Charlie Appleby one-two in the Federation Of Bloodstock Agents Nursery Handicap at Newmarket.

Second to stablemate Highbank on debut, the son of New Approach has not put a foot wrong since and got the job done with minimal fuss in this one-mile event on the Rowley Mile.

William Buick was willing to bide his time on the 4/9 favourite as his fellow Moulton Paddocks inmate One Nation set the fractions with Adam Kirby aboard.

But there was only one victor once Buick sent Bold Act forward to win his race and set up a possible tilt at the Zetland Stakes back here next month.

« He’s a horse that is progressing nicely and we will see what William has to say, » said Appleby. « Whether we put him away for the year, or something like the Zetland might fall into his category. »

« He’s a horse that is progressing and when stepping up will progress further. He is a horse we’ll let winter here and the Zetland could be a nice race to look at. »

Only eighth of nine at Goodwood on debut, he put his experience to great use to nail James Ferguson’s likeable debutant Like A Tiger in the closing stages.

This one-mile maiden has been won by some smart operators over the years and Johnston envisages the 5/1 winner, whose dam was Listed-placed over 12 furlongs and a half-sister to 2000 Guineas winner Golan, to be campaigning over further next season.

« He was one that needs time and so we weren’t surprised he needed his run first time out and I thought he might have needed another one, » said Mark Johnston. « He got loose one or two times in the pre-parade ring, so he is very much a big baby. He’s a next year horse really.

« Andrea said he’s a next year horse and I thought he gave him a beautiful ride – he felt he was in top gear all the way, but there was plenty left. Typically for here he was starting to lose it a wee bit down the dip, but kept finding up the hill.

« We’ll go back and think about it now. Next year he’s a mile-and-a-half horse looking at him. » 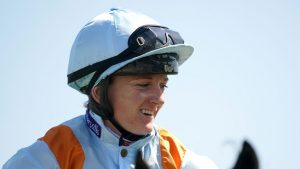 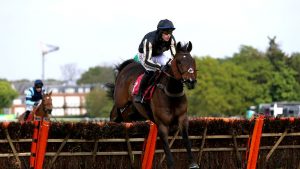 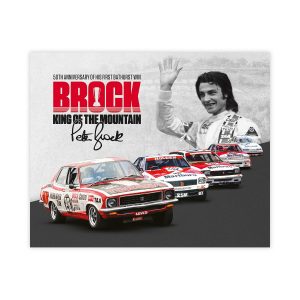 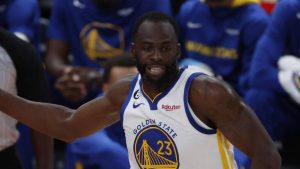 Draymond could be disciplined for ‘altercation’ with Jordan Poole