When Lisa Blair first set sail around the world a decade ago, the last thing she expected to see at 40 degrees south, deep in the Southern Ocean, was a bird perched on a drifting styrofoam box.

Looking out and noticing the sheer volume of rubbish and pollution spread throughout the water was heartbreaking. How could the consequences of human impact be seen so far from human beings?

With a passion to draw attention to the harmful impacts of climate change, combined with a love for sailing, Blair embarked on a record-breaking, unaccompanied, unaided and unremitted circumnavigation of Antarctica in February, aboard her eye-catching, technicoloured racing yacht.

« I’ve been sailing now for 12 years. I started sailing when I was 25 and I’m 37 now. I’ve seen quite a dramatic change, just in the time that I’ve been sailing from the lack of abundance of wildlife that you now see, to the fact that the weather patterns are so much more unstable because the seasons aren’t following the calendar anymore, » Blair tells Wide World of Sports.

« I really wanted to use the action of doing records and the accompanying media coverage as a platform to create awareness for taking action against climate change and empower individuals because everyone I spoke to always felt like it was so big a problem – climate change and pollution – that their little bit wasn’t going to make a difference.

« So, I founded the name ‘Climate Action Now’ and renamed my boat in 2015, and for the last eight years I’ve been running this campaign.

« What I do is I go out and collect post-it notes from people in the public, each post-it note being an environmental action or something that a person is already doing to create a better future. We then gather them up and turn them into a digital design.

« I’ve sailed this design over 50,000 nautical miles around Antarctica twice, around Australia and into global media coverage. The goal is to inspire people that as individuals we all have the power to create change – it just starts with one action. If you get one million people taking one action then you’re creating the impact that we’re looking for. »

With a dramatic dismasting off the coast of South Africa spoiling her first attempt in 2017, the second time around, Blair wanted to do more than just sail the record for exposure, graciously extending a hand to the scientific community.

« With around Antarctica being such a data-sparse area of our oceans, I stepped it up another level and I put my hand up to the scientific community globally and said, ‘Hey, crazy sailor here. I’m going to be in Antarctica, where you have almost no data for three months. What can I do for you that’s going to be of the most scientific value?' »

Partnering with several marine organisations and citizen science programs, Blair ran a non-stop microplastics sampler on board, collecting more than 180 microplastic samples. This coincided with an ocean-health monitoring system used to determine baseline data similar to existing models of the Southern Ocean.

Blair also turned her boat into a mobile weather station to help with forecasting and logged all of her depths while sailing to assist in mapping the ocean floor, all while deploying eight weather-drifter buoys and an Argo research float.

« I was very busy while I was out there, » Blair says.

After 92 days, 18 hours, 21 minutes and 20 seconds at sea, Blair sailed into the record books on May 27, having smashed the overall speed record held by Russian voyager Fedor Konyukhov by an incredible 10 days.

Asked what she did differently to shave off more than a week’s worth of travel, Blair says her attention never wearied.

« I had this philosophy that I didn’t need to sail super, super fast all the time, I just needed to sail 0.2 of a knot faster than him (Konyukhov) over the 16,000 nautical miles we were sailing and I’d beat the record. And I was at times able to sail considerably more than that. »

Blair also put the feat down to being physically prepared, and disciplined when staring down long periods of lethargy, ailment and sleep deprivation.

« It’s a 50ft racing yacht, so doing anything on board is quite difficult. Everything is manual, so hoisting the sail can sometimes take 20-30 minutes to pull up just because it’s simply so heavy, » she says.

« Also, when I’m close to land or known hazards, I don’t sleep longer than 20 minutes at a time, and when I get further afield I might increase that up to 40 minutes, but on both of my circumnavigations around Antarctica, I don’t think I slept for more than an hour and a half in a single sleep the entire time.

« That, in toe with the equipment on board the boat starting to deteriorate as you get halfway around because you’re doing a lifetime’s worth of work to it … it ends up being what I think is one of the hardest endurance sports out there. »

With both feet now firmly back on Australian soil, the Sydney sailing instructor will change course to her next epic record attempt. 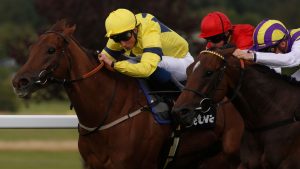 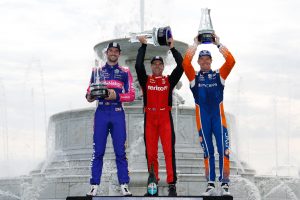 IndyCar news | ‘Phenomenal’ Will Power will be hard to beat 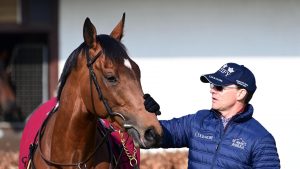 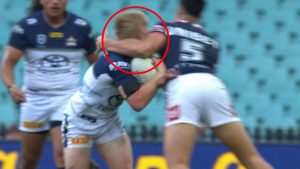 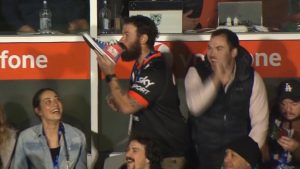