The Los Angeles Lakers may have lost to their crosstown rivals the Clippers, but they once again bore witness to the greatness of LeBron James as he racked up record-breaking stat after stat.

James had another one of ‘those games’ against the Los Angeles Clippers. In what would eventually culminate in a 133-115 loss for his side, the 38-year-old had the bit between his teeth and was relentless in his scoring, including this massive dunk:

The final tally would be 46 points, and in doing so he became the first person to score 40 against all 30 NBA franchises, setting a new personal record on three-pointers, and tying Michael Jordan for the most amount of 45-point games.

As magnificent as his performance was, there was almost an element of edginess, a cut-throat desire to win, one that opposition point guard Paul George labelled as ‘scary’.

« I’ve seen that look in Bron, » George said. « It was scary…it’s just incredible. To be 38 [and score] 46 tonight. That is super impressive. To do it [for] 20 years, that’s what stands out the most is just his longevity in his game and to be available. »

James buried nine three-pointers and had an explosive first half to the game, pulling within 178 of passing Kareem Abdual-Jabbar’s all-time points record. Although his night was bittersweet, he continues to prove that he is a reckonable force, warranting mentions in All-Star and playoff conversations.

George confirmed as much, stating « the league is his. Stand-up guy, been [an] amazing mentor, leader to a lot of us young guys, and he’s been awesome. It’s great that he’ll be the scoring leader ».

Kawhi Leonard also chipped in to talk about James being an « inspiration » to the next generation, paying tribute to both the length and durability of James’ skills.

« I mean, [James is] one-of-one talent right there. You see it for yourself, the way he’s playing at this age, » Leonard said. « Definitely inspirational for everyone, just to sustain that energy and that mindset to play that long and still wanting to go out and contribute with this effort. »

James and the Lakers next face the tanking San Antonio Spurs on Thursday night. 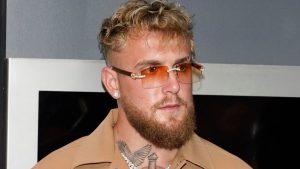 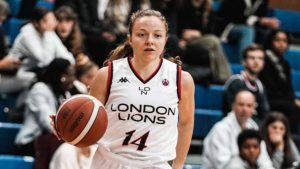